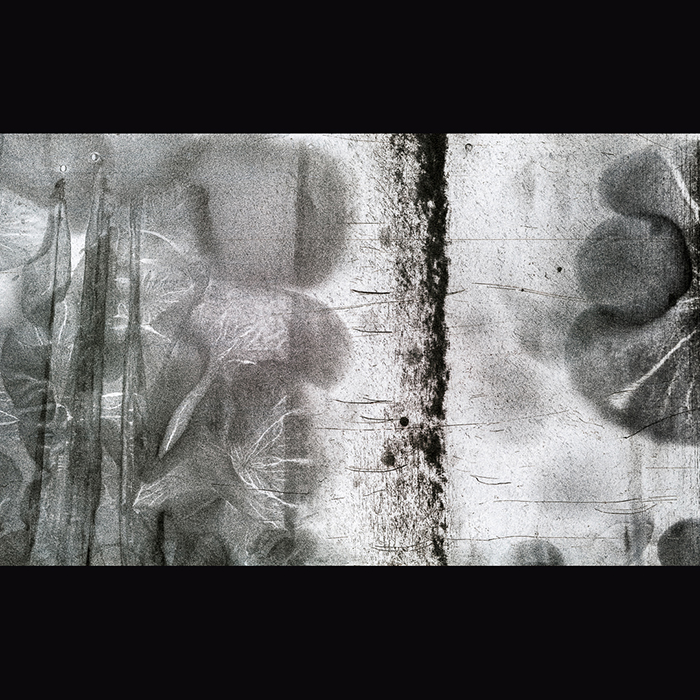 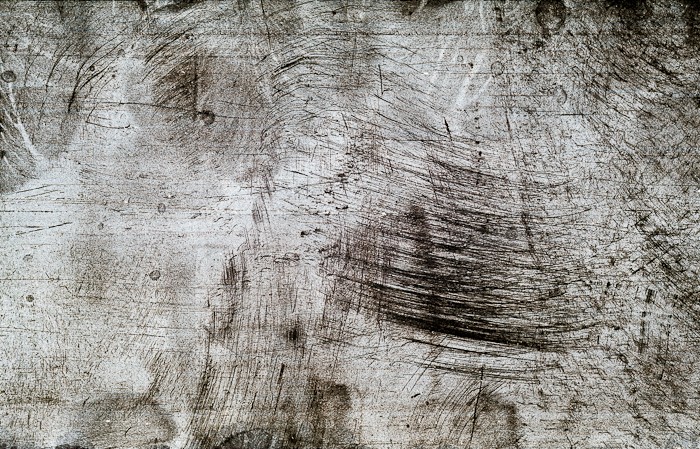 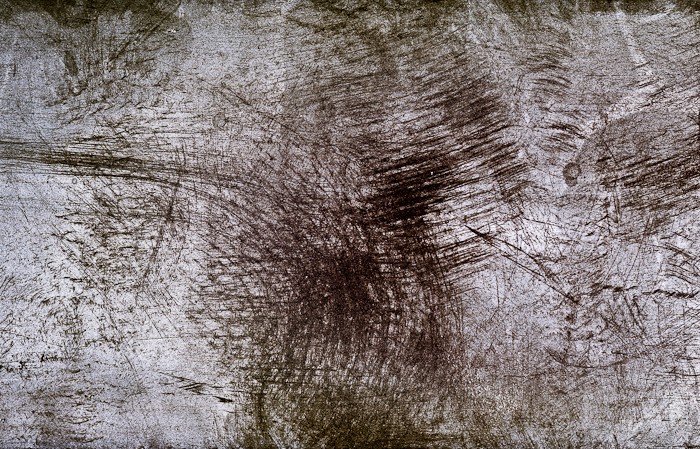 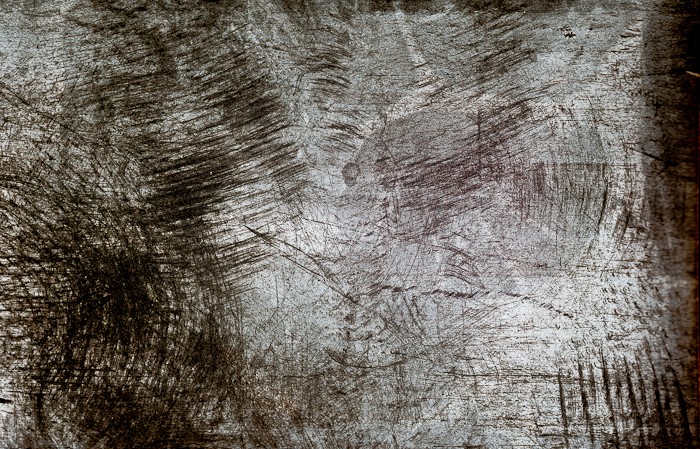 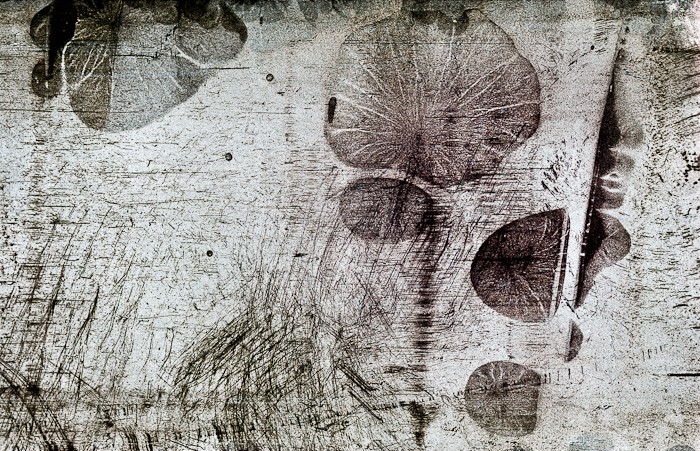 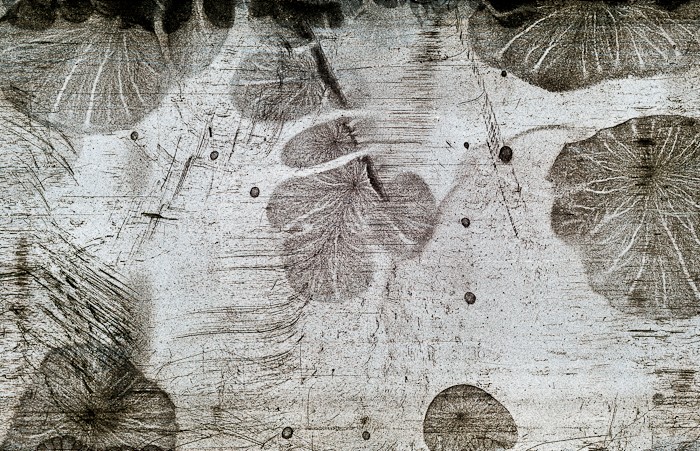 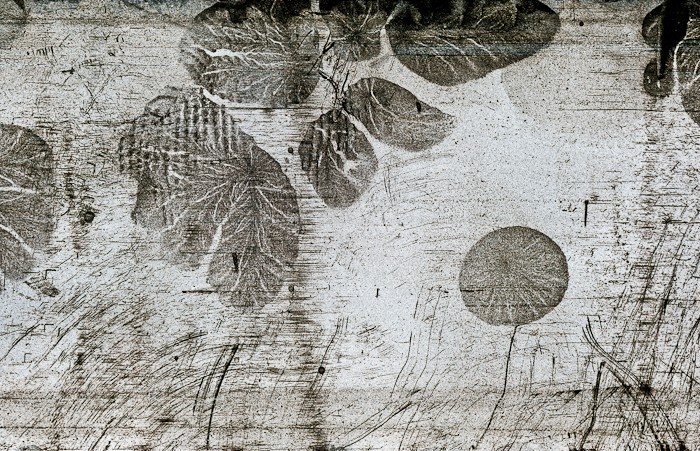 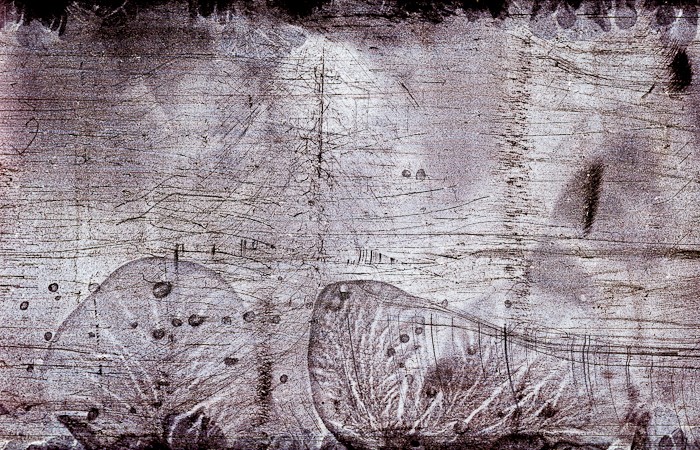 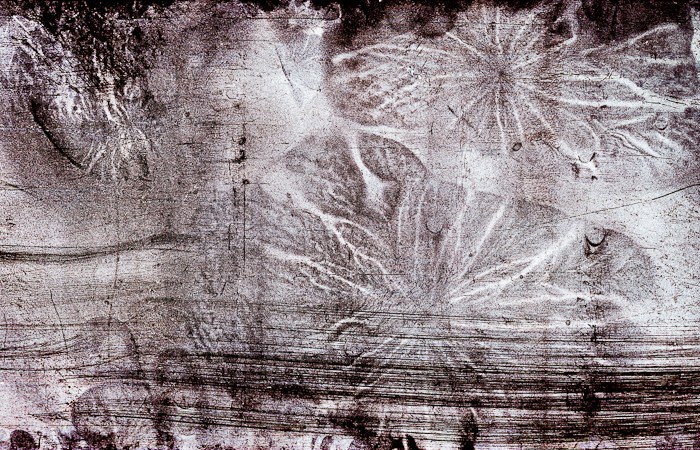 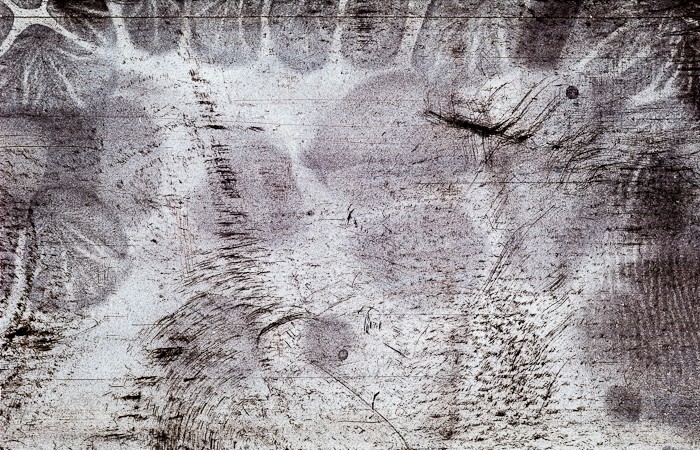 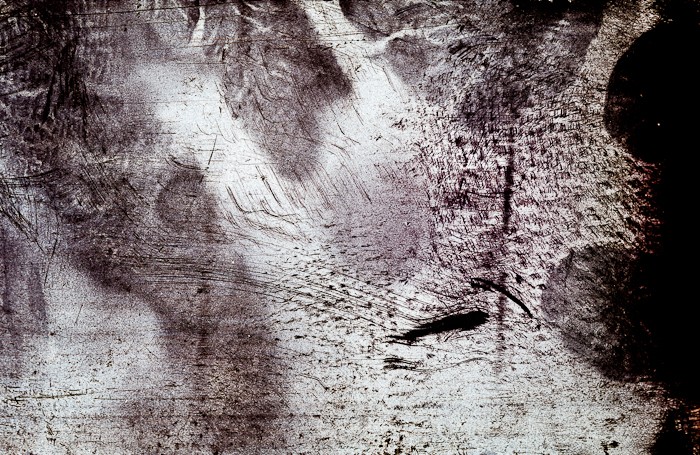 ‘Chemistry’ is based around the same chemical processes I used in ‘In Another Place’. However, the photo chemical processes used  here, reveal a latent image without the negative emulsion of that frame ever being exposed to light. Interestingly, these type of chemical imprints seems to be influenced by the presence of a conventional latent images from either side of it.

‘Chemistry’ presents a light-less image creation – solely dependant on photographic processing techniques in order to materialize. For me, it is a creation out of a dark void – a record for a transition from nothing into something.

Conceptually, it is as if a snapshot was taken of matter, just before being annihilated by its anti-matter – both spontaneously emerging in the void.

‘Chemistry’ also resonates for me with the Kabbalistic metaphors of light and darkness, and how these relates to ideas of the creation. More specifically, the links between the Kabbalistic concepts of ‘the contraction’ [1] (Tzimtzum) to form ‘the empty space’ (Tohu), ‘the vacant space’ [2] and my creative process.

According to the Kabbalah, ‘the infinite light’, had to be contracted – forming a dark void – in order to allow for ‘the creation’ to take place. A Godly ray – the light of creation – penetrated this dark and undefined environment, in order to generate what later became our finite existence: a reality bounded by time-space constraints. A hierarchical structure of vassals was then formed to contain the divine creation powers – supporting a continuous descent of energy (through the ten attributes/emanations) from the undefined, inseparable, infinite, to the physical, finite reality as we know it.

The paradox of the ‘all engulfing infinite’, vacating a space in order to allow for the creation of a finite existence, and this reality then separately residing amongst the inseparable, brought about the idea of ‘the vacant space’. It is an empty transitional space – a ring surrounding ‘the creation’ where both nothing and everything exists side by side.

The vacant space offers a transformation which could only happen where there is no contraction into a definable form. It is where questions could be asked but no answers given. It is a medium where words – the conceptual means by which ideas are contracted in order to physically materialize – are of no use. The vacant space is a place of silence and ‘being’. Binah is one of the emanations (‘Sphirot’) where that vacant space resides. In Hebrew, the word for observation (‘Hitbonenut’) also implies the discipline of applying Binah-thinking: a contemplation/meditation.

My creative process has been predominantly guided by the idea of the ‘decisive moment’. I used it as a gateway to both psychological and spiritual peaks. The instantaneous act of Photography minimizes for me any conditional viewing and separateness – both internally, and with relation to my external reality. The results of my Photographic practice provided me the grounds for an uninterrupted dialogue between my inner landscape and an observed reality. In responding from a state of observation, I was hoping for a record to some resonance between my external and internal being, and a transformative metaphor.

In ‘Chemsitry’ I have further removed myself to a position where silent observation is what defines my artistic intention. I wonder if in ‘Chemsitry’ I find myself experiencing ‘the vacant space’.

[1] Kabbalah and Consciousness and the Poetry of Allen Afterman

[2] A Walk Through the Void/ Dov Elbaum